Enter your City name or Pincode

Kasaragod lies at the upper portion (northern part) of Kerala, confined between Western Ghats (east) and Arabian Sea (west). Kasaragod has a delightful beauty for the creation of this nature. The picture of countryside is outshined by distinguishing coconut palms with wheeling hills and small rivers flowing into sea. It is spread over an area of 1961 sq. km having population of 1,204,078 as per census of 2011. Kasaragod is derived by the combination of two words of Sanskrit kaasaara meaning a lake or a pond and kroda meaning a place of keeping treasures. Explore more about the city with Kasaragodonline City-Guide! 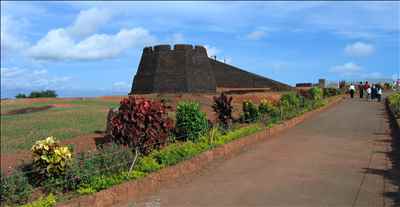 Services and Utilities in Kasaragod

Are you a Business Owner?

Add the products or services you offer